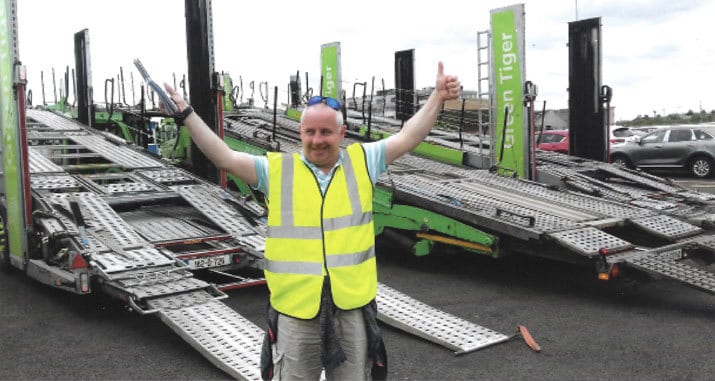 Myself and my keyworker Eric Lambe set off for our day around 9.30 a.m. The entire day had been organised by Barry Ryan (Sunbeam House Services – http://sunbeam.ie) who also works in 1 & 2. I was very excited about the day and was looking forward to this for months.

Barry Ryan rang ‘Green Tiger’ who are responsible for transporting brand new Toyota cars from Dublin port to the car lot in Lucan where over 200 new 17/2 cars are held until they can be sold to the different garages around the whole of Ireland.

Myself and Eric walked down to the Main Street in Bray. I was extremely excited and was jumping around as I was really looking forward to this day as it was one of my personal goals. We stopped off in the Mermaid Cafe for a hot chocolate before I chose to get the 145A bus. I sat upstairs on the bus as I really like being on the top deck of the double-decker buses. I really enjoyed being on the bus.

We then got the Luas red line and the staff at Green Tiger picked us up about 11.30 a.m. from the Luas. They brought us to their car lot in Lucan where they keep all the new Toyota cars for sale. We got settled in the office and I met everyone who made me feel very welcome. The first thing they gave me was a hi-vis vest with ‘Green Tiger’ on it and they gave me a number of car magazines, hats, t-shirts and some pictures of the trucks as well. I met all the men and women of the Green Tiger office and they were all very nice.

Myself and Eric then went around the new Toyota cars that were going on sale in Ireland. I was shown around all the new Lexus’s, all the trucks, and even shown the large green transporter that picks the cars up from the port. I was shown around by the owner who was also called David. We were shown over 200 new cars. I really liked the power washer where the new cars get cleaned up before they go on sale. I got a chance to clean one of the cars. We then all went to have lunch in the boardroom. All the staff, me and Eric sat down and had tea, cake and biscuits. I made a speech thanking everyone and we all had a great laugh.

After this I went with one of the drivers in the big green car transporter for a pick up in Dublin port. I got to sit in the front seat and really enjoyed going through the port tunnel. When we got to the port we saw the brand new cars coming off the ships. I saw all the brand new cars being loaded up on the green transporter. I had a great day and was made to feel like a part of the Green Tiger family. I also got lots of magazines, posters, pictures, hats, t-shirts and even a watch. 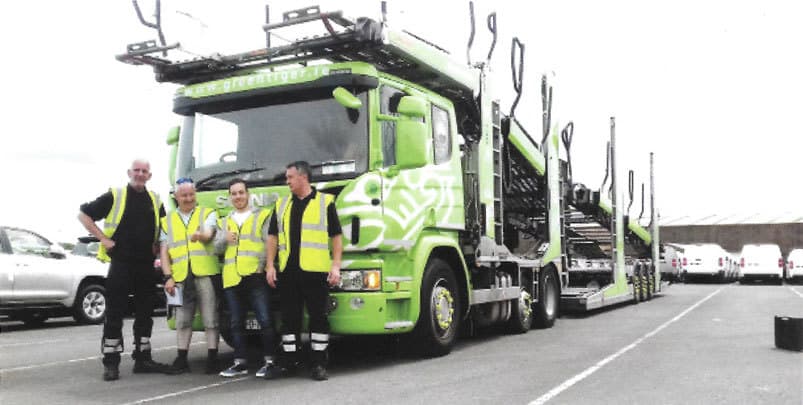 David Doyle – In his own words.